I’m sitting, sipping coffee in an Uptown coffee shop. It’s November and warm, and the streets are busy. I’ve been sitting here reading mostly, and then contemplating our last year. It’s nearing the end of the decade. THE DECADE! That slaps me clean across the face and bolts me upright in my chair. It feels like the past two years have been a circus ride of excitement and change and new experiences. But…a new DECADE!! Coincidently, that also means I jump age-wise into a new decade, but that’s neither here nor there.

Two years ago, as G and I sold our belongings, sold our car, sold our house to take off for some adventure in another country, we had no idea what the future held. Typical G & P, we have ridden a tilt-a-whirl since we met! Never really abiding the caution signs and invariably marching to our drum. We’ve had a life full of twists, turns, detours, and hard stops. It works well for us. We were that way when we met as young 20-somethings, and we’ve always kept that spark alive — having roots with wings. Established, but full of wanderlust with nomadic souls, so when we left the States, we had no clue what it would look like, and we were perfectly OK with that. We committed to a year. We figure after that amount of time, you know the ins and outs, you get your bearings, and if it doesn’t work, we knew we would be happy for making the attempt rather than never taking the jump. THREE weeks before moving, we got the news that G was stepping into a new position within his company. It was a great opportunity. The rub…he needed to maintain an office in the States. On the East Coast. Whaaaat?! We immediately hopped on a plane, found a small place for him to come back to, flew back to Idaho, said our goodbyes, and moved to Central America.
As the year moved on, we did some great traveling around Central & South America, Asia, and back home to the States. G was coming and going, and it seemed to work well until it. just. didn’t. As I sat in a hammock one day, I heard God whisper, “this is a pause, not a full stop.” I didn’t understand at first, but as time rolled on and G and I were apart, I was starting to understand more and more. It was the green season in Costa Rica, all of our friends had left to come back for their North American summer, our kids moved from Costa Rica to Thailand, my hubs was in the States more and more and our small little village, withered in the constant rain to a few locals. I still loved it, but I found myself feeling lonely. The green season is warm and wet. It’s a beautiful time of year in Costa Rica. Things green-up (even more) the temperatures drop down into the ’80s and overnights ’70’s, the tourists have left from their vacations, snowbird’s head back, and the local restaurants and bars close for renovations or to simply take some downtime to refresh. It’s a funny thing coming from the constant chaos of the States. The all-night grocery stores, restaurants that deliver until 3 am, food trucks that you can have dinner at and still wander to at 5 in the morning for coffee, to living in a village that your local grocery store is the only thing open…for days. It’s restorative. Therapeutic. It truly allows you to enjoy the small things.

The months passed. I read a lot! I mean….I read a lot anyway, but I was REALLY on a roll. I found myself hanging in my hammock for hours, tropical rain falling all around me. I stopped running, which allowed my body some much-needed rest and downtime, I practiced yoga, but I was feeling increasingly dormant. I came back to the States a few times to see family and friends. Again I hear, “this is a pause, not a full stop.”
Knowing our steps are not our own, I dove into what I was hearing. I kept listening. I prayed. I waited. We knew God, years ago, led us to Central America. First Costa Rica on a family trip in 2008, that led to several years in a row of vacations, then Panama, Nicaragua, and Honduras building houses for a few seasons. We knew that when plans were moving along well for us to go down for a year, we were exactly in the right place. We also know that our plans aren’t always His plans, but no matter what, when we are walking His path, things always work out. Always.
G and I were both getting increasingly dismal about his coming and going. It was getting more often.

Heres the deal… NEVER in 6-million years would G and I have ever considered living on the East Coast AND the South!! We are both tried-and-true West Coasters. Growing up in Californa, I was raised with the “West Coast is the Best Coast” attitude, so before we went to Costa Rica.. the one minute we spent on the East Coast getting a place for G to come back to for work was but a speck in our minds. My only experience with the E Coast was trips to NYC and visiting family in Pittsburgh. That was IT!
It took our trip to Patagonia this year to really know what was in store. When you wander in the mountains, on a trail, on a through-hike for days or weeks, you get some clarity — those A-HA moments. On about day eight, G looked at me out there on the trail and said.. “Pj, we are better together.” Our time apart wasn’t working, and he knew God was speaking directly to his heart about this. It was undeniable!
As I look back now, with gratefulness, I am so happy that we are risk-takers. We sold everything to move on a dream and not look back. That takes some guts, and not a lot of people will do that.
See, neither one of us was willing to give the E Coast a try. We knew where God wanted us, and we were all in! As long as that was Central America or the W Coast. We dug in our heels!
Initially, when we were considering a move, praying, planning, talking things over with our family, waiting on instructions, timing, we thought… let’s have the best of both worlds, 50/50 in Costa Rica and Idaho. It seemed the logical thing. Somehow along the way, we lost that and jumped all-in. Interestingly enough now looking back, I’m not quite sure HOW we got to that decision…and obviously, it was more our plan than God’s. When Greg was needed on the E coast, we shrugged,  burrowed deep, dug in, pushed back, and thought…”pssht, never!”
God, you’re so good! You are behind us and ahead of us. Your desires far surpass anything we could even imagine.

So today, as I sit in a sunny window sipping a dirty chai, I am full of complete thankfulness. I am thinking about when plans go sideways only to set you on the right path. When we can set down our own ideas and allow the right ones to fall into place, it’s pretty damn magical.

As it turns out, I am not cut out for full-time hammocking (yet) and G and I aren’t cut out for being separated for more than a couple of weeks at a time. I realized that I started to lose a little bit of myself being in Central America. My hiatus from running, which was a fabulous rest for my body, turned into….just, not running. My reading turned into…novel after novel going unread. I even stopped surfing for a spell. DO NOT get me wrong; we are still so in love with Costa Rica and always will be! We absolutely know beyond the shadow of a doubt that God took us there initially….I mean…who twists a globe on your husband’s desk one day when he asked about a spring break trip, and your finger lands on a small country in the middle of Central America, that you know absolutely nothing about and end up in a TINY, little fishing village…not a big tourist destination and after the week vacation you decide you are just going to “stay awhile?” Thank goodness for homeschooling!
This is the most beautiful example of God knowing exactly what we need, even when we don’t. Showing us that the bond of a husband and wife is strong and as independent as you both are, we are, in fact, “Better Together” That it’s OK to want to be in two places at the same time. It’s OK to step out of the “norm” (west coast) to explore and find a new adventure on a different coastline….which WOW…hello warm water & Nicolas Sparks beaches!! Who knew? I am thankful today that we are doing part-time here and part-time in CR. I am happy that after some time in the city after the first of the year, we will head down to our tiny village that stole our hearts many years ago. I am……starting…. to grow accustomed to the East coast way of life and southern hospitality…happy for the weather and that it is starting the second week of November, and it’s sunny and 70 degrees today, delighted that we are right in between the mountains…which we are so incredibly drawn to and the ocean which we are equally attracted to, finding new passions, happy that we are close to family, making new friends, getting our groove back in the running scene, are within a few driving hours from Florida up to DC, (and really further…but ya know…I can’t push the road tripping. I’M TERRIBLE!) and we have the most fabulous friends on the west coast, and in Costa Rica. After all of the heel digging, just last week, as we were in the Smokey Mountains on the Appalachian Trail, we looked at one another and laughed as I said..” OK! I guess there ARE some redeeming qualities to the East Coast and city life!”
I believe you can bloom where you are planted and that we should take advantage of the opportunities life brings our way with thankful hearts, even when it’s hard and out of our sphere of comfort. Be grateful for our present situation. Be a positive force. Be patient. It has taken us some time to get into a rhythm, to meet people (This! This always takes time) to settle into our church and to navigate the new terrain.

I am using the dirt of my dug in heels to plant, knowing there’s always a bloom coming our way! 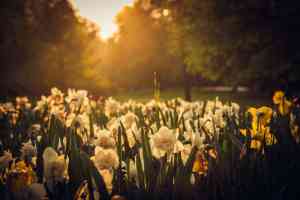 2 thoughts on “The Dirt”

“I will not die an unlived life. I will not live in fear of falling or catching fire. I choose to inhabit my days, to allow my living to open me, to make me less afraid, more accessible, to loosen my heart until it becomes a wing, a torch, a promise. I choose to risk my significance; to live so that which comes to me as seed goes to the next as blossom and that which comes to me as blossom, goes on as fruit.” -Dawna Markova
Follow sporty mama life….. on WordPress.com

Cozying Up with a Good Book